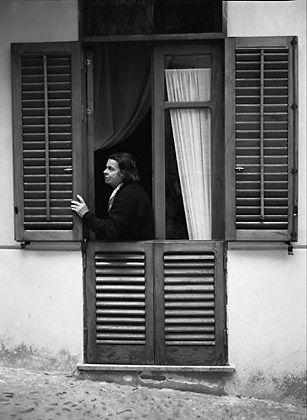 Janine Coyne is a professional photographer who specializes in photojournalism and fine art photography. Her photo essays include Ellis Island, The Restoration and the Ruins, Angels By The Sea where she photographed young women and their children in a Brooklyn and Staten Island shelter, Sicilian Journey, Apulia, Emilia-Romagna and the towns of Northern Italy, Visions of Anatolia and most recently Napoli.

Janine’s photographs are in the permanent collections of the Brooklyn Museum, The Museum of The City of New York, The National Museum of Immigration at Ellis Island, The Italian American Museum in New York as well as many private collections. Her photography has been exhibited nationally and internationally.

Janine resides in Brooklyn, New York and is a professor at Kingsborough Community College of The City University of New York where she teaches photography. Her students have been the recipients of many national awards and gallery shows. Having been a photo educator for nearly thirty years, Janine has seen many of her students have a successful career in photography.

The Art Gallery at The Huntington Public Library Huntington, NY

The Art Gallery at The Huntington Public Library

The Brooklyn Museum The Museum of The City of New York

The National Museum of Immigration at Ellis Island

The Women’s Research and Development Fund Archives at Hunter College